A podcast discussing news of note in iOS Development, Apple and the like.

I’ve had a few folks ask me about my plans and ideas for Apple Watch. While I don’t try to be too coy about what I’m working on I’ve definitely kept some of my ideas close to the vest. I’m well aware that ideas, in general, are useless on their own. But that doesn’t mean that being promiscuous with your ideas is still always a good choice.

Trying to formularize this I came up with the following structure for ideas and where sharing them is likely a good and poor choice.

Like all good concepts it can be best demonstrated with a two-axis graph with four quadrants: 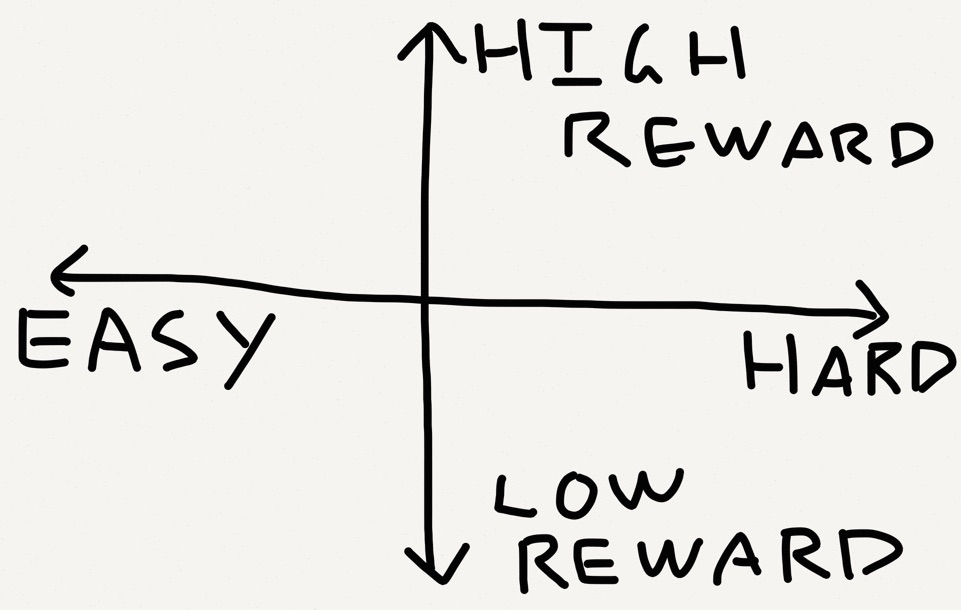 On the one axis is the ease of implementing/realizing the idea. On the other is the expected return on a successful implementation of that idea.